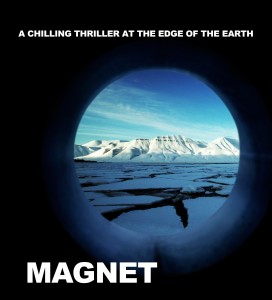 Mann-made Pictures is currently in pre-production on the feature film, MAGNET set aboard an eco-tourist ship in the Arctic Circle. As the days pass in the land of the ‘midnight sun”, strange things start to occur…then one morning, “Where did everybody go”? Told with a Hitchcockian tone, this thriller will be filmed in one of the most remote regions of the world.